You have a front row seat!!!

The Prodigal Puppet Arrives! The Straggler!

This Parade features the puppet work of 30 artists from the history of New York’s Village Halloween Parade.

Conceived during a time when other events were finding adaptations of their cancelled events due to Covid, this event is original, unique and stands on its own as an international (indeed, intergalactic: viz. aliens accepted) event of LARGE import, but miniature scale.

These small figures were made by Giants of the puppet world as well as doll makers and costumer designers.

Set against a background created by Broadway Set Designer and Painter, Richard Prouse these “avatars” are displayed against a moving “cranky” image of NYC. They walk past all of NYC’s iconic buildings from the Statue of Liberty and the World Trade Center to the Apollo Theater and the Cloisters.

With no NYPD route restrictions, this Halloween Parade takes ALL of NYC!

The Mini Parade features Grand Marshall, Pinocchio, along with live commentary by actor Donald Corren to a soundtrack of the On The Lam Band, the Original Halloween Parade band!

These creations are fantastically original and offer compelling viewing for 13 chock full minutes!!!

See the puppets up close and in detail on Douglas Baz’s Flickr page. 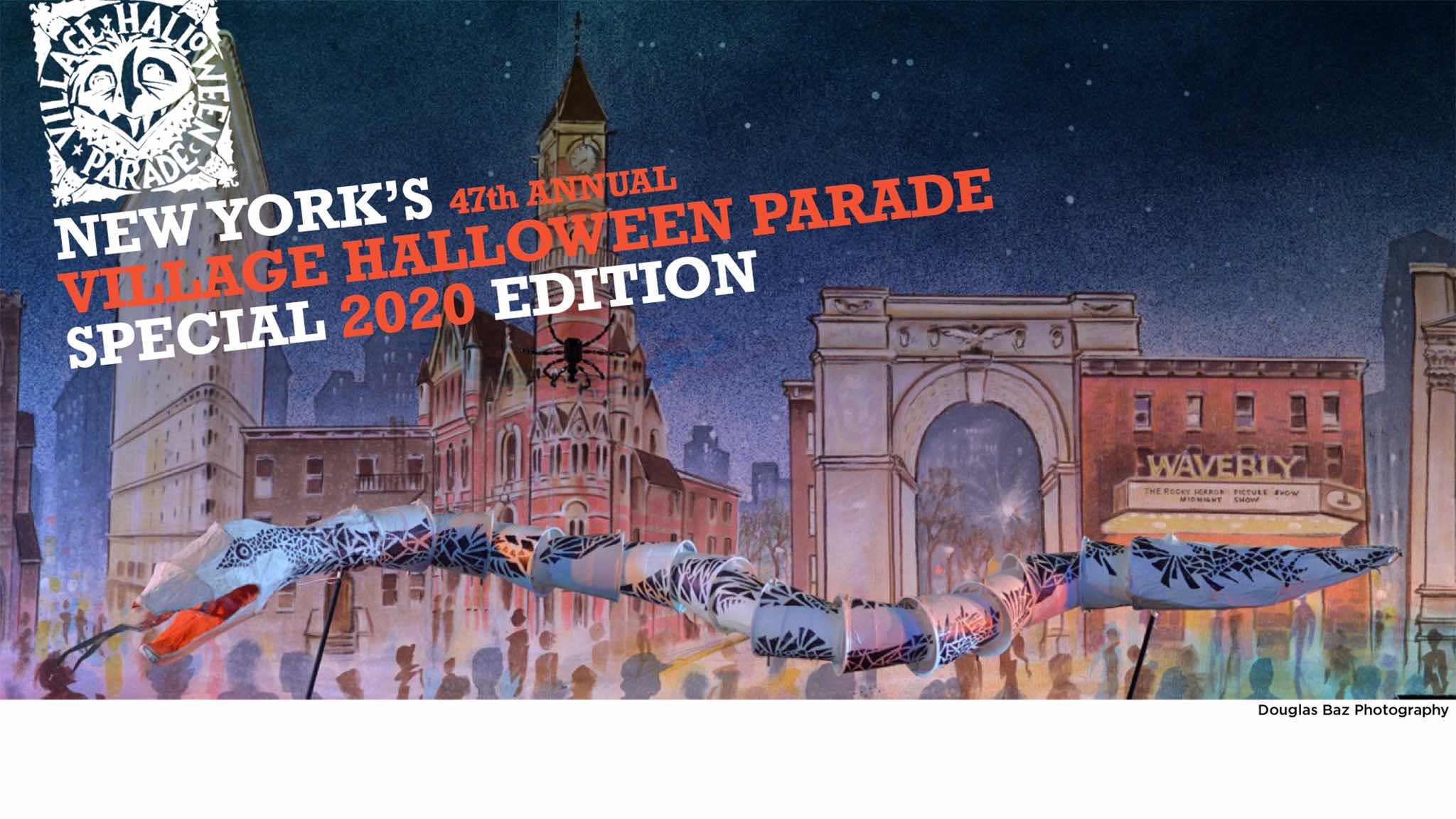